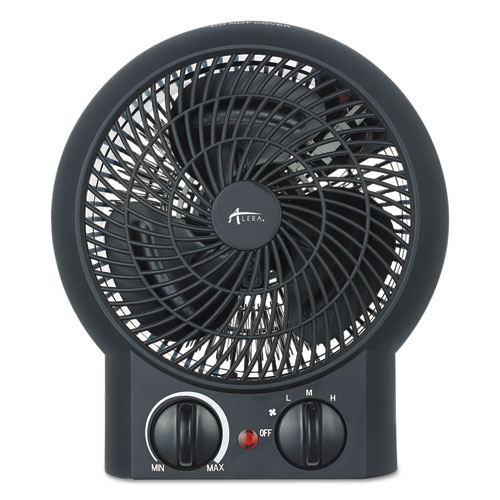 Compact heater provides heat just where you need it. Air is heated by a coiled metal heating element and circulated by a fan. Three-way adjustable thermostat with up to 1500 watt heating output. Designed with safety in mind with overheat auto-shut off protection, tip-over safety switch, and a cool-to-the-touch plastic housing. Quiet heat or fan-only setting for all-season use.

Login to Review this Product

This only works if sitting on flat surface since there is a button underneath to circulate the heat (whats the point of a cord and on/off button?) Also, heater shuts off after 10 minutes of use at lowest settings. Too bad my box was thrown away because it would be the first thing sent back!


Just skip this one

The first one had an obnoxious noise when the fan was spinning, we returned it with in a few days. The second one we received yesterday as an exchange- turned on twice and wont turn on again. We will be returning and buying a different brand.

5 out of Five Stars


Works well for a little fan

My supervisor has this heater and says that it works very well.

It heated the room well for being such a small fan, but after owning for ~2 months, it won't turn on